This section is dedicated to developer in you. Browse the articles and make your YJSG theme unique.

The grids are setup so that by default if you have 1 module in the grid it will be as wide as the grid holder or if you have more modules in any given grid they will either get the assigned width value from template manager or they will split the holder width between themselves. In both cases you are not able to float them to a specific side without defining the floats and widths for them within css files.

To make it easier for you we added Force float parameter in Yjsg Module Options tab that will let you force the module floats to specific side thus creating a gap between them or position them to the side you like.


By selecting options Float left or Float right module will float to the defined side and it will also get assigned fixed width of the value you entered in Force float width parameter. 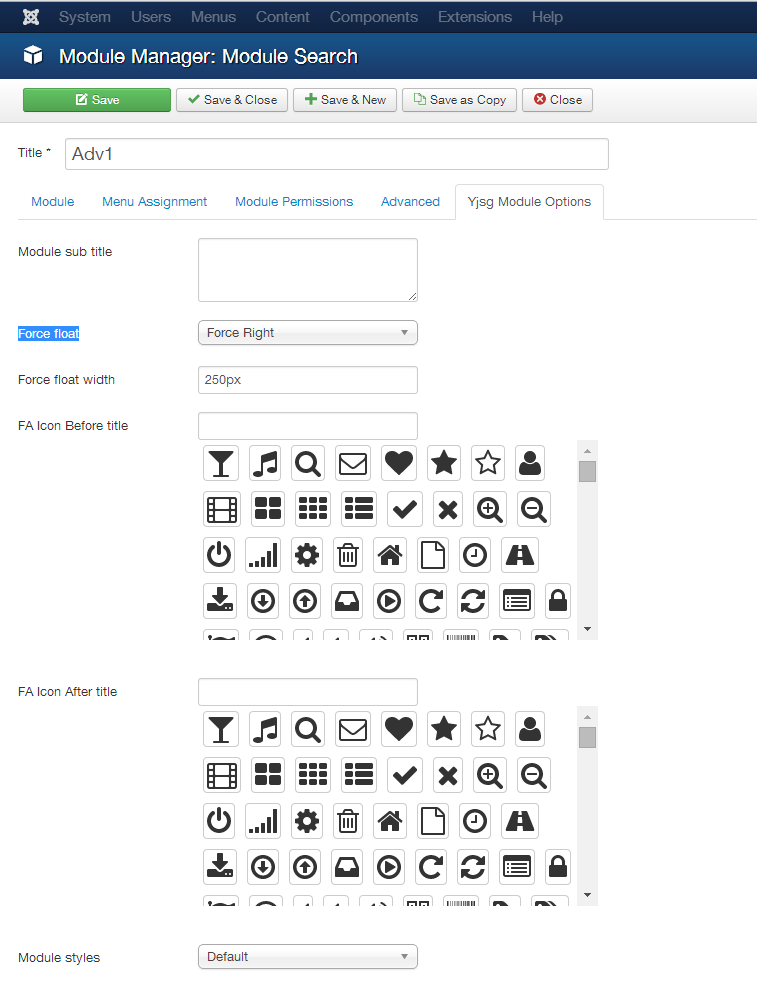 Here is how this would look like with 1 or 2 modules in a grid: